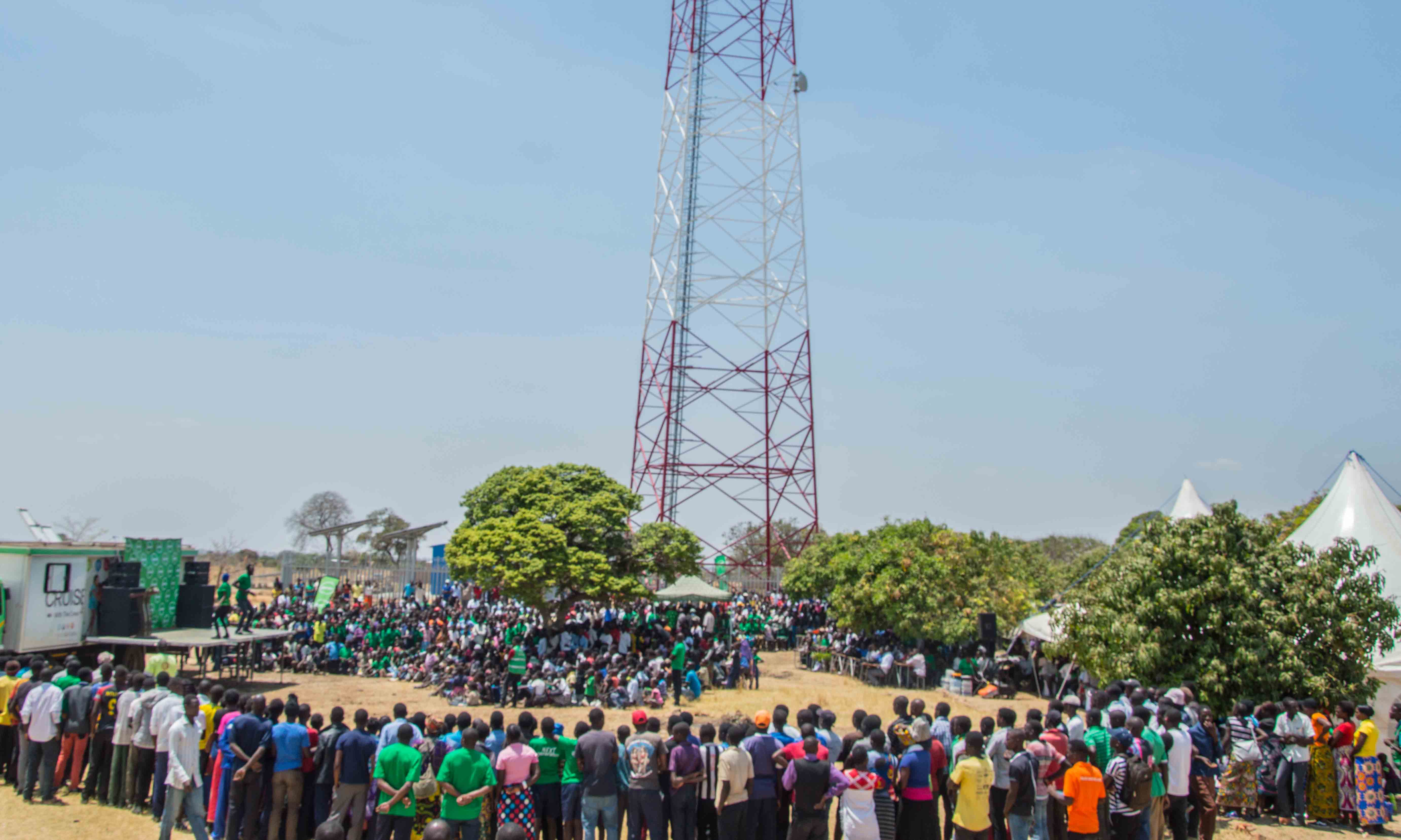 Zamtel in September commissioned a new communication tower at Iwonde in Ngabwe in the Central Province.

In April 2013, late President Michael Sata declared Ngabwe a district but the area has had communication challenges.

Located about 170km from Kabwe, the new site is the first ever Zamtel communication tower in the area and will connect thousands of people in the new district.

The Iwonde communication tower is one of the 1009 new sites that the Government of Zambia through Zamtel is rolling out across the country as part of the Phase II of the GRZ Communication Tower Project.

Speaking at the launch event, Zamtel Chief Executive Officer Sydney Mupeta stressed that his company is committed to providing world class communication solutions to all parts of the country.

Mr. Mupeta said launching of the Ngabwe site is a fulfillment of Zamtel's commitment to connecting all citizens of Zambia.

He said so far, 318 new Zamtel towers have been constructed and 195 new sites have been commissioned in different parts of the country.

Mr. Mupeta pledged that by the end of the project in 2020, Zamtel would have delivered blanket coverage of the Zamtel network across the country.

"We consider Central Province as a one of the key and strategic markets and we will do everything possible to bring reliable communication infrastructure that will support the growth potential of this Province. As Zamtel, we believe in the bright future of this province and we are committed to partnering with the local administration in order to spur economic growth," Mr. Mupeta said.

He assured customers that Zamtel will continue to invest in infrastructure rollout and upgrades that will bring about a more robust and resilient network.

And Ngabwe District Commissioner Mrs. Melody Phiri commended Zamtel for taking communication services to some of the country's remotest areas.

Mrs. Phiri said communication is an enabler for development adding that access to communication services will go a long way in improving the delivery of social services to the people of Ngabwe.

"The farmers in this area will now easily communicate with potential buyers outside this region and thereby giving them power to determine the prices of their produce and also enable them check weather related information on their phones," Mrs. Phiri said.